Every once in a great while, one looks upon the world and says to themselves:

I can do this.

I can do this better.

I will do better.

Damn it ... someone already made "I can has cheezburger".

With the cute cat picture market dominated, those who would soon become known as the founders of a great InfoSec site set out upon an epic journey of discovery. With every conceivable cat / food combination already taken; defeat often felt near. The further they traveled, the more questions were revealed.

Who were these people registering the cat domain names?
Why were where they registering so many cat domains?
How many cat sites could there possibly be?

With many seemingly unanswerable cat related questions in front of them, their true journey of discovery had finally begun.

Vast amounts of of seemingly unrelated public information on cat domain names was compiled and used to work backwards. As they progressed from connection to connection they were able to finally decode the secrets of the funny cat jpgs that innocently parade across the internet.

Could this new found understanding be applied to other animal and food combinations?
Dogs perhaps?

Sharing this experience with members of their trusted inner circles, questions were raised.

The discussion was spirited and at times intense, but by the light of morning, it had became clear that focusing on bad actors was key. There was a demand to identify actors both good and bad, a need that could not be solved by simply looking for "Baldwin" in the credits.

It was decided, an internet based movie database would be created ... 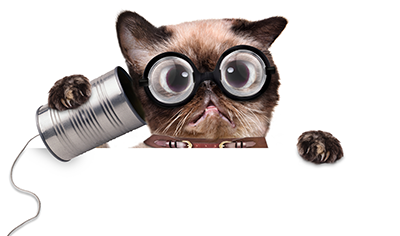